WELCOME TO THE SENIORS

The Seniors section is open to members aged 55 or over who enjoy playing friendly, yet competitive golf.

We play a ‘roll up’ every Monday, Wednesday and Friday throughout the year starting at 9:00am on Monday and Wednesday when we play a shortened course of 13 or 14 holes and Friday, when we start earlier at 8:30am and play a full 18 holes. We try to vary the format thus providing a bit of fun but still with a competitive edge! Whilst everyone wants to win, the real attraction is the camaraderie and friendly banter which we believe is  a key feature and strength of our club.

In addition to the ‘roll ups’ a  number of Medal and Stableford handicap qualifying events are held throughout the season (click on the link ‘Seniors Competitions’ to find out more). We also play friendly home and away matches against 11 other clubs, several of which are played in the Manchester and District Seniors Golf League (click link ‘Seniors Matches’ below) of which we are currently the champions! 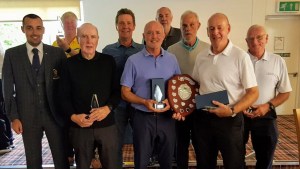 Like all other clubs, we were badly affected by the Corona virus in 2020 experiencing periods of lockdown as well as other restrictions. Despite this we managed to play an increased  number of Seniors Qualifying Stablefords, our 3 major board comps as well as keeping our weekly roll ups going.

Level of ability isn’t important (our current handicaps range from single figures through to 36) and whilst most members are retired, our age range is from ‘youngsters’ in their fifties right up to ‘more senior gentlemen’ in their eighties. Whatever your age or ability you’ll be made extremely welcome. For more information contact any of the people listed below or simply turn up and enjoy one of the roll ups.

We’re sure you will enjoy it.

Since we have now entered tier 4 it will no longer be possible to continue with our roll ups. It will only be possible to play with one other person from a different household under the current restrictions.

Please go to the Covid -19  section for more information.

With our fixtures against other clubs cancelled due to Covid-19 we looked for a way of providing competitive golf as well as allowing members, especially 5 day ones, to be able to submit cards as handicap qualifiers.

Therefore, we increased the number of Stableford qualifiers to 8 to supplement the other qualifiers like the Marcliffe, George Scott and Vet’s Cup. This gave us at least one game of competitive golf per week throughout the season. In the early days scores had to be submitted by players taking a photo of their card and then entering their own scores via ‘How Did I do’. Whilst this worked reasonably well things became far simpler once we began to use the touchscreen which was installed in the foyer. Members of the committee shared the tasks of collecting entry fees and checking cards and this seemed to work well as did the booking system using BRS.

Of the 8 Stablefords, we managed to play all but number 7 which had to be abandoned with only a few groups on the course after the dreaded New Mills mist descended rapidly!

New member Steve Parr won 2 of the Stablefords as did Tom James, with Bob Palmer, John Tennant and Ken Lee winning the others. Clive gave the players who finished in the top four their cash winnings on a weekly basis as there is still no real prospect at this stage of us having our usual Senior’s AGM and presentations.

Traditionally, we give cash prizes to the players who have achieved the best aggregate score out of the Stablefords played. This year it has been based on the best 4 scores out of the 7 for each player. This year’s winner is Bob Palmer with 152 pts one ahead of Tom James (151) with Jeff Stewart third on 149.

Given the circumstances, this summer has been very successful and the Stablefords and other qualifiers have been very well supported. Many thanks to everyone for this.

A beautiful sunny morning made this year’s Ladies/Senior’s Betterball Stableford extremely enjoyable. With the best score from the Ladies and the best score for the Gents to count on each of the 13 holes, the winners, by a considerable margin with 65 points were Jean Taylor. Celia James, Alan Woolley and Don Cooper. (Unfortunately Alan wasn’t available whilst this was taken!!!) 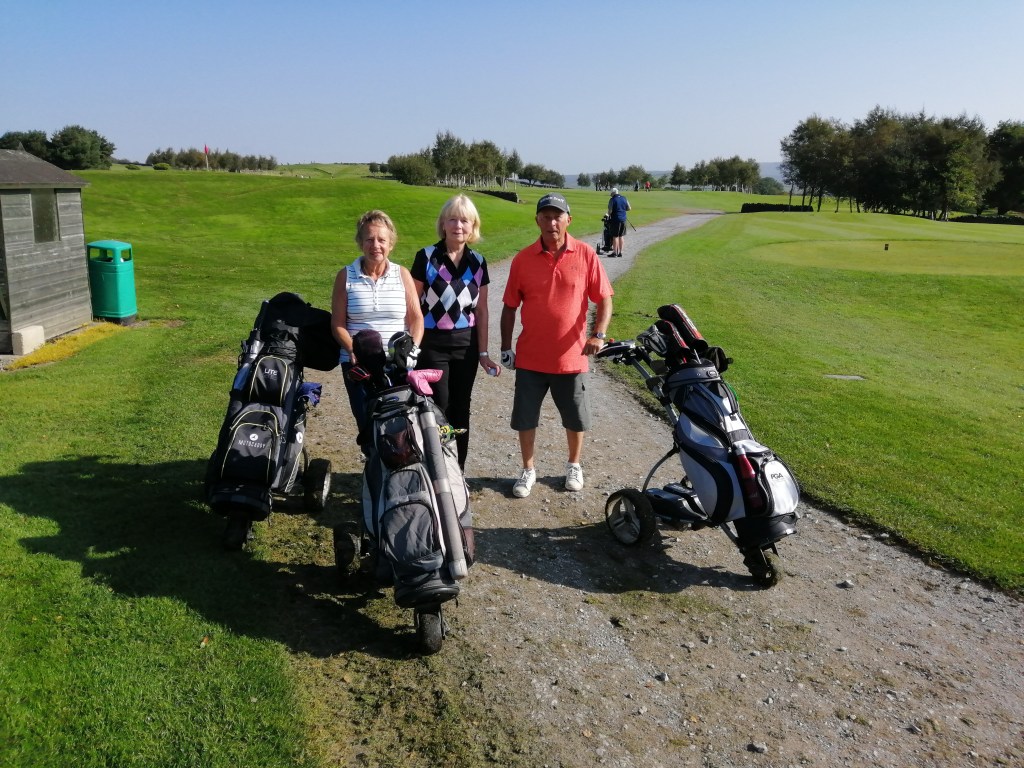 Once again many thanks to Jean and Jeff for organising this popular fun event.

A small party of Seniors made the annual trip to Heron’s Reach. Three days of wonderful weather went some way to making up for the reduced numbers brought about by Co vid -19. If only the quality of the golf had matched the weather! 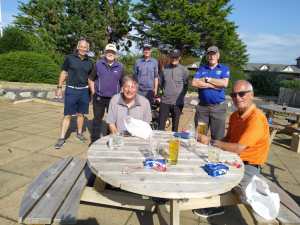 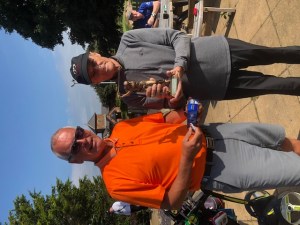 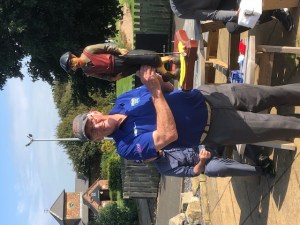 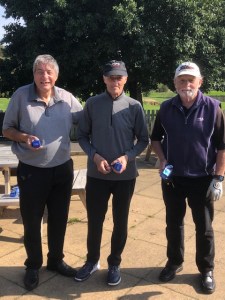 A big thank  you to Alan Blakeman for, once again, organising this year’s trip.

New member Steve Parr continued his very successful start to playing with the Seniors by winning today’s George Scott Trophy by 5 shots from Rob Holden. Steve had an excellent round with a superb birdie on the 15th and a total of 7 pars in his score of 42 points. The competition for 3rd and 4th prizes was extremely close with 3 players all scoring 36 points. Ian Bowers with 19 points on the back nine just edged out Alan Woolley (18+18) whilst John Tennant missed out on the prizes by the smallest of margins also scoring 18 on the back nine but with 12 points to Alan’s 14 on the last 6 holes.

Steve’s success today adds to his victories so far in two of the Individual Qualifying Stablefords. Well done Steve

After a very long delay we were finally able to play the final of the 2019 Senior’s Doubles competition today. In a closely fought game Trev Jones and Phil Holland came out as the winners beating  Fred Markham and Pat Walker 3 and 2.

Congratulations to Trev and Phil and commiserations to Fred and Pat. Well done to all four of  the finalists!

Congratulations to Dave Good for his hole in one on the 8th during the competition on Saturday 15th August. This is Dave’s second ‘hole in one’ but the first to be witnessed by other players since on the previous occasion Dave was playing a practice round on his own.

The Marcliffe is one of the key events on the Vet’s Calendar and traditionally Cliff Ardern has presented the cup and numerous bottles of wine for nearest the pin etc afterwards. Sadly, this year, we had to change the format and limit the number of prizes due to Covid -19 -no rocket start and everyone teeing off from the 1st in groups of four at 10 minute intervals.

What was so nice this morning was that Cliff came up to the club before the event to wish people well. Hopefully, he will be able to present the cup to Jeff at the Senior’s AGM later in the golfing calendar.

We were blessed with a very, very hot day and near perfect golfing conditions and the event was supported by 42 seniors so a big thank you to everyone who took part. You can see how you did by visiting ‘How Did I Do?’

Hole in One for Keith!

Congratulations to Keith Wright who scored a hole in one on the 16th in today’s competition (Saturday August 8th). This is only Keith’s second hole in one which, he reckons, is averaging out at one every 20 years! So he’ll probably have to wait until he gets into his nineties for the next one!

Congratulations to Dave Swindells winner of the Vet’s Cup 2020

Many thanks to the 40 seniors took part in this year’s Vet’s Cup which was played on one of the hottest days of the year so far. A strong wind, however, made playing difficult and perhaps helps to explain the relatively low scores. Dave won with a net 67 with Chris Keene on 69 just edging out Graham Elliott on a card play off. The 4th prize went to Alan Blakeman with net 70

The trophy, which is the only Senior’s competition played as a medal off white tees, will be presented to Dave at the club’s annual presentation evening later in the year and his name will be immortalised on the Vet’s Cup board in the clubhouse.

For a full score sheet go to ‘How Did I Do?’ in the ‘Members Section’.

Finally we were able to complete the individual knock out for 2019 today! After a closely fought first nine, where the lead changed several times, Pat Walker eventually pulled ahead to beat Arthur Oliver 4 and 3.

Well done to both finalists for their patience if nothing else!!!

Congratulations to the winners of the Manchester  and District Seniors League 2019!

Huge congratulations to our team led by Bob Palmer who won the 2019 league Trophy at Brookdale Golf Club for only the second time since the league was founded in 2002.

Playing conditions were ‘challenging’ as overnight, the remnants of Hurricane Humberto had dumped even more rain on an already saturated North West. Despite this, all 4 pairings played  tremendously well with Bob Palmer and Graham Hadfield scoring an impressive 40 points which was matched by Ian Harding and John Tennant. These two pairs were backed up impressively by the other two pairs who both scored 35 namely Keith Wright and Trevor Jones and Peter Coull and Simon Belt. With the aggregate total of the best 3 pairs to count the result was: 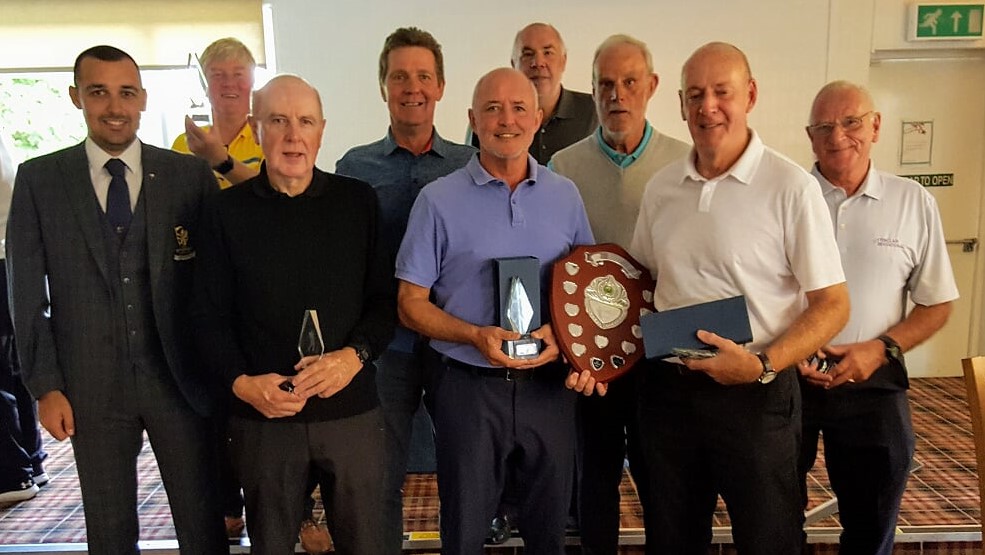 The winning team with Paul Deighton President of Brookdale GC

The last time we won this trophy was way back in 2005.  Five members of that team are still active members of the current seniors  -Mike Howard. Mike Richardson, Ged Armitt, Dave Good (not in the picture)  and Tony Jones  as is the Senior’s Chairman at the time Fred Markham and the Club Captain in 2005, Arthur Oliver. 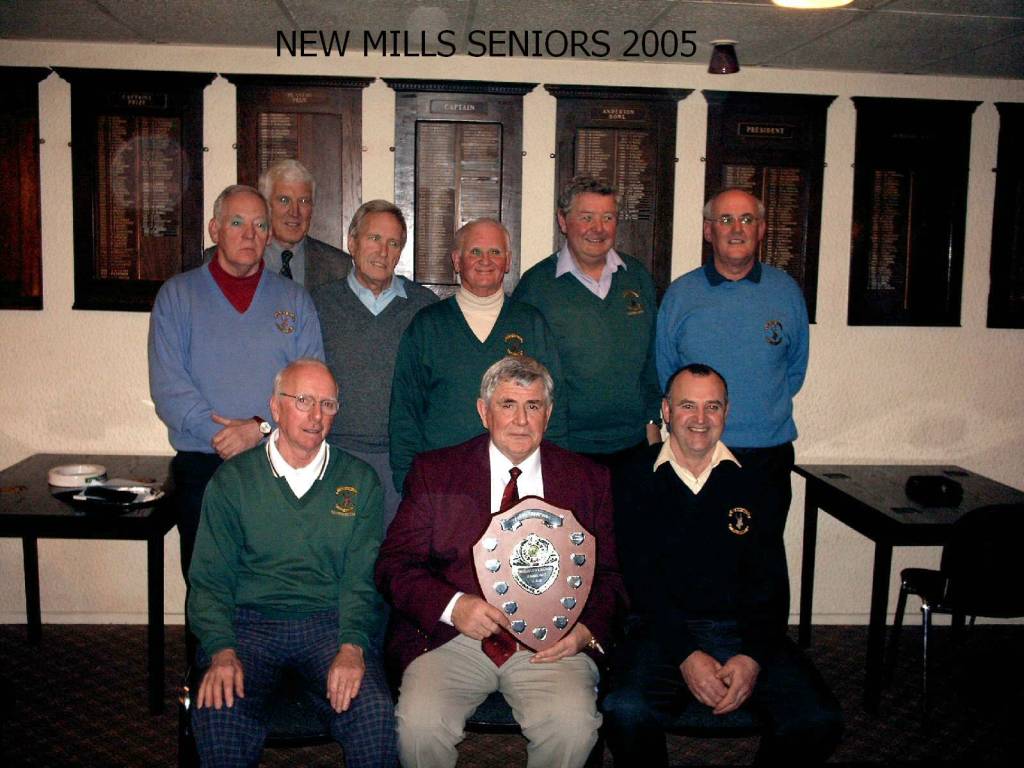 We shouldn’t overlook the contributions made by everyone else who played in the league team in 2019 which enabled us to reach the final, namely: Phil Holland, Ian Bowers, Clive Garside, Dave Good, Pat Walker, Phil Smallman, Paul Holt, Dave Swindells, David Bray and Arthur Oliver.  Well done to everyone who played their part in helping us achieve this trophy!

We’re very fortunate to have such a strong senior’s section at the club which is characterised by the camaraderie, friendship and competitiveness which exists in our roll ups every Monday, Wednesday and Friday and in our various competitions throughout the year. It’s not just the players who represented the league team who should share in this success, but all the others who played for the club throughout the season in the friendly fixtures against other clubs and everyone who turns up at the roll ups. 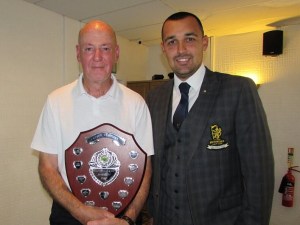 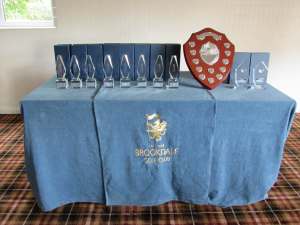 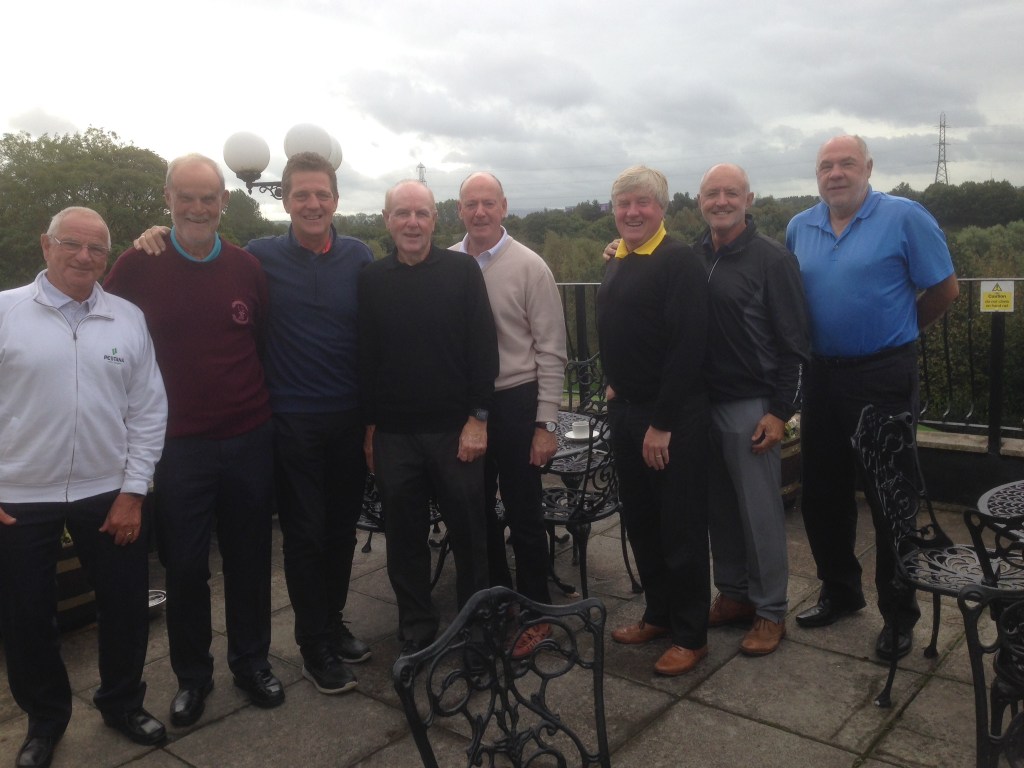 Well done to everybody!